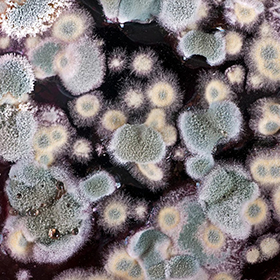 Compared to bacterial communities, the human gut mycobiome (fungi) is low in diversity and dominated by yeast including Saccharomyces, Malassezia, and Candida.Studies show they also vary substantially over time and even mice in the same or different cages in the same facility receiving the same feed and treatment also varied in their dominant fungal lineage. Similar results have been shown with humans.

During the last years, human breast milk has been documented as a potential source of bacteria for the newborn. Recently, we have reported the presence of fungi in breast milk from healthy mothers. It is well-known that environmental and perinatal factors could affect milk bacteria; however, the impact on milk fungi is still unknown.

Recent studies report the presence of fungal species in breast milk of healthy mothers, suggesting a potential role on infant mycobiome development. In the present work, we aimed to determine whether the healthy human breast milk mycobiota is influenced by geographical location and mode of delivery, as well as investigate its interaction with bacterial profiles in the same samples. A total of 80 mature breast milk samples from 4 different countries

This study found fungal communities (mycobiota) in breast milk samples across different geographic locations and the influence of mode of delivery. They identified a core of four genera shared across locations, constituted by Malassezia, Davidiella, Sistotrema and Penicillium which have been reported to be present in the infant gut. Our data confirm the presence of fungi in breastmilk across continents and support the potential role of breast milk on the initial seeding of fungal species to the infant gut.

Analysis of bacteria and fungi showed complex interactions that were influenced by geographical location, mode of delivery, maternal age and pre-gestational Body Mass Index. The presence of a breast milk mycobiome was confirmed in all the samples analysed, regardless of the geographic origin.