Positive attitude decreases the risk of dementia by 50% 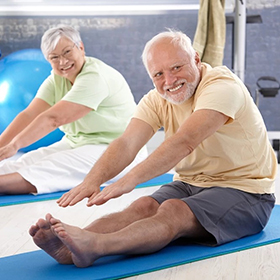 In this study of 4,765 Health and Retirement Study participants who were aged 60 or older and dementia-free at the beginning. Among those with APOE ε4, those with positive age beliefs were 49.8% less likely to develop dementia than those with negative age beliefs. The results of this study suggest that positive age beliefs, which are modifiable and have been found to reduce stress, can act as a protective factor, even for older individuals at high risk of dementia.

Recent studies found that negative age beliefs can exacerbate stress; in contrast, positive age beliefs can help buffer against the deleterious effects of stress. While another set of studies suggests that stress can contribute to the development of dementia.

The reduction of stress by positive age beliefs could potentially contribute to a lower incidence of dementia among older individuals in general and specifically among those with APOE ε4. For more information on developing a positive attitude have a look at Dr Dingle’s The Gratitude Guide.
https://www.drdingle.com/collections/frontpage/products/the-gratitude-guide