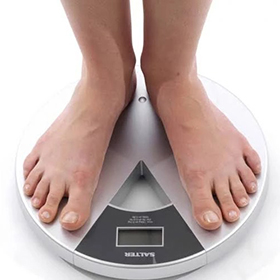 A large number of pharmaceutical agents including many over the counter and prescription drugs are linked with weight gain and obesity especially antibiotics. The growth (fat) promoting effects of antibiotics were first discovered in the 1940s. Since then, antibiotics administered in low doses have been widely used as growth promoters in the agricultural industry worldwide. As a result the largest use of antibiotics and related antimicrobial substances is within farms, with low doses fed to large numbers of animals used for food production to increase weight gain by as much as 15%. If anitibiotics are so effective in causing weight gain in farm animals similar results are likely to occur in human populations. Unfortunately, antibiotic use in humans has increased markedly often for the wrong reason, now approximating one antibiotic course per year in the average child.

One of the mechanisms of their action is by altering the population structure of the gut microbiome as well as its metabolic capabilities. In animal studies administration of antibiotic therapy increased adiposity (fat gain) in young mice and increased hormones related to metabolism. In a study of (strong) antibiotic treatment resulted in post meal ghrelin (feeling hungry) levels nearly six-fold higher than pretreatment, and median integrated leptin levels also increased 20%. The BMI significantly increased by 5 kg over 18 months but not in controls. Another mechanism by which antibiotics may lead to weight gain is that certain antibiotics cause mammalian mitochondria to fail.

Mitochondria, the organelles responsible for energy production in the cell, have bacteria-like DNA and other molecules, and that “drugs targeted to [bacterial] physiology might also impinge on mitochondrial biology. While antibiotics can cause many problems and we do over use them. If a person has a bacterial, not viral, infection always listen to you health professional. The gut microbiome can be rebuilt after the treatment finishes.

Antibiotics can be lifesaving but when they are not used appropriately they can cause a lot more health problems than benefits.