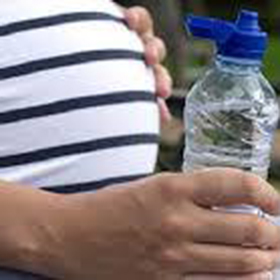 Another study adds to evidence that environmental chemicals can contribute to obesity. The study examined prenatal and early childhood exposure to BPA and found children at 7 years of age put on significant more weight if there mother was exposed to BPA. However, the researchers did not see an association between body fat and BPA levels in the children at ages three or five. The researchers suggest that this may be a time of heightened vulnerability to the chemical.

The results of this study suggest that prenatal BPA exposure may contribute to developmental origins of adiposity and findings are consistent with several prior studies, raising concern about the pervasiveness of BPA. Other human studies have found a similar link between BPA exposure and signs of child obesity. BPA has been shown to alter the body’s metabolism, increasing weight gain and making it difficult to lose weight. In a study of 1,326 children, girls between ages 9 and 12 with high BPA levels had double the risk of being obese than girls with low BPA levels, validating previous animal and human studies. The chemical can alter the body’s metabolism and make it harder to lose weight. Girls with high levels of BPA, two micrograms per litre or more, were twice as likely to be obese as girls with lower levels of BPA in the same age group. Girls with very high levels of BPA, more than 10 micrograms per litre, were five times more likely to be obese, the study showed.

Animal studies have found prenatal BPA exposure linked to offspring obesity. When pregnant rats are exposed to BPA it increased the fat mass in offspring, even later in life. In animal experiments, a mother’s exposure to BPA is produced the same outcomes that we see in humans born light at birth: an increase in abdominal fat and glucose intolerance. However, BPA affects rodent fat cells at very low doses, 1,000 times below the dose that regulatory agencies presume causes no effect in humans.

BPA, a common plastic additive, can leach out of can linings and into the food and studies show that just about everyone has traces of the chemical in their body. Ninety-four percent of the women in this study had BPA in their urine.