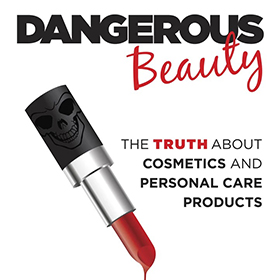 The incidence of breast cancer has continued to escalate despite decades of research and billions of dollars of taxpayers’ money searching for a cure. The majority of cosmetics and personal care products contain synthetic chemical preservatives (parabens) and other chemicals that can exert estrogenic activity on breast cells and lead to the development of malignant tumours.[1] Several years ago, a link between underarm antiperspirant deodorants and breast cancer was found, however major breast cancer organisations with financial ties to cosmetics companies were quick to discredit it, resulting in a report, published in the Journal of the National Cancer Institute (NCI) in 2002, that found there was no link.[2] This report was later reviewed and was found to be “fatally flawed and wholly inadequate by any credible epidemiological standard” and it later became apparent that the NCI had been given a multi‑million dollar grant from a large multinational cosmetics company.[3]

Breast cancer is the most common invasive malignancy among women in the United States, and the leading cause of death in women from their late 30s to early 50s.[4] We now know that genetics plays only a very small role in breast cancer risk; for many patients, researchers believe environmental factors are likely to play a role in the development of the disease.[5]

Four authoritative panels have pointed to further study of environmental chemicals as a promising direction for prevention.[6] In addition, toxicological studies show genotoxicity, hormonal activity, and increased mammary tumours in rodents after exposure to many chemicals used in industry and consumer products, indicating that these and other chemicals could affect breast cancer risk. Researchers previously identified 216 chemicals that have been reported to increase mammary gland tumours in rodents.[7] Although the strength of the evidence linking these chemicals to breast cancer varies, most of them also show evidence of genotoxicity and tumours at other sites, strengthening the case that they may also be carcinogenic in humans.[8]