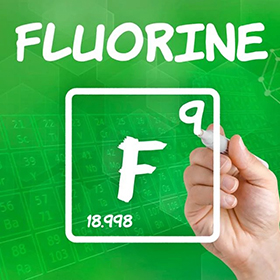 There is increasing evidence emerging from the scientific community which suggests that mass-medication in the form of water fluoridation is in fact having a serious and adverse effect on the public’s health. A recent report from the US National Research Council 1 concluded that adverse effects of high fluoride concentrations in drinking-water may be of concern. Animal studies have shown Fluoride may cause neurotoxicity, including effects on learning and memory 2,3. Recent experiments where the rat hippocampal neurons were incubated with various concentrations of sodium fluoride showed that fluoride neurotoxicity may target hippocampal neurons.

Fluoride readily crosses the placenta exposing the developing brain, which is much more susceptible to injury caused by toxicants than is the mature brain, may possibly lead to damage of a permanent nature 4

In the most recent meta analysis of 27 eligible epidemiological studies found that children in high fluoride areas had significantly lower IQ scores than those who lived in low fluoride areas 7. The conclusions of the study “support the possibility of an adverse effect of high fluoride exposure on children’s neurodevelopment.”