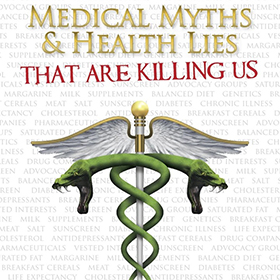 Studies dating back to 1975 show that supplementation with vitamin B6 can reduce the incidence of GD by 95% within 2 weeks. Since then a number of other studies have shown links with low nutrition level in general and in particular low levels of vitamin D and C. this is obvious if you consider there is an increased requirement for nutrients in normal pregnancy, not only due to increased demand, but also increased loss. However, despite these results the medical profession still prefer to use pharmaceuticals.

Gestational diabetes mellitus (GDM) is carbohydrate intolerance with onset or first recognition during pregnancy and is a large risk for both mother and fetus. GDM is associated with both short and long term adverse consequences to expecting mothers and their offspring. Immediate maternal complications include preeclampsia and need for cesarean sections while complications in the baby include hyperinsulinemia, macrosomia, hypoglycemia, and respiratory distress syndrome. GDM also increases the risk of obesity and glucose intolerance in the offspring.

The incidence of GD has dramatically increased in the past 20 years in some cases over 100% increase. Currently around 16.2% of women with live births had some form of hyperglycemia in pregnancy. Asian women are more prone to develop GDM than European women and Indian women have 11-fold increased risk of developing glucose intolerance in pregnancy compared to Caucasian women

In this study in 1975 fourteen pregnant women were shown by the oral glucose tolerance test to have gestational diabetes. 13 of these women had an increased urinary xanthurenic-acid excretion after an oral load of L-tryptophan indicated a relative pyridoxine deficiency. All patients were treated with vitamin B6 (pyridoxine) 100 mg/day for 14 days by mouth, after which the pyridoxine deficiency disappeared and the oral glucose tolerance improved considerably. Only two patients then had sufficiently impaired glucose tolerance to justify the diagnosis of gestational diabetes (H J Bennink and W H Schreurs. Br Med J. 1975 Jul 5; 3(5974): 13–15).

In another study thirteen women with late pregnancy gestational diabetes mellitus were treated with 100 mg. of vitamin B6 per day for 2 weeks. There was a statistically significant improvement in the glucose tolerance curve after the vitamin B6 treatment, with a lowering of blood glucose levels at all points on the curve except for the 5 minute value. This glucose effect occurred despite an unchanged or lowered plasma insulin level (Spellacy WN, Buhi WC, Birk SA. Am J Obstet Gynecol. 1977 Mar 15;127(6):599-602).

Specific nutrient deficiencies of chromium, magnesium, potassium and pyridoxine (Jovanovic-Peterson L1, Peterson CM. J Am Coll Nutr. 1996 Feb;15(1):14-20) as well as vitamin D and C appear to increase the tendency towards hyperglycemia in gestational diabetic women because each of these four deficiencies causes impairment of pancreatic insulin production.

The best B6 supplement to take is pyridoxal-5-phosphate (P5P)