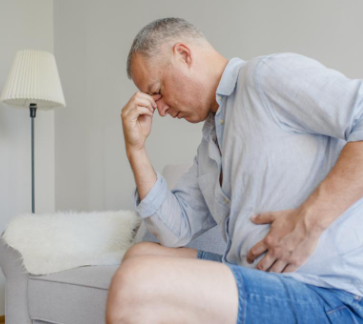 Put simply reflux is where the stomach contents pass up through the Lower Esophageal Sphincter (LES- the muscle at the top of the stomach which is supposed to keep the food in the stomach) and into the esophagus and above. Even into the mouth and mouth.

While everyone will tell you about the foods like tomato or spices or …. that cause their reflux these are usually not linked to the underlying causes of reflux but rather what causes each bout. While this can help with reducing the incidence and severity of the reflux even more important however, is what are the underlying mechanism which cause he reflux. For example it has nothing much to do with the pH of the food you eat or drink. These are really what cause the symptoms like pain and heartburn and not being able to eat.

There are three major components of reflux. What is going on in the stomach for the food to go the wrong way, up instead of down, like delayed gastric emptying. How can it get through the ring of muscle (Lower Esophageal Sphincter -LES) which is supposed to keep it in the stomach where it belongs. And finally the role of the esophagus to move the food efficiently into the stomach and the damage (including pain) that is done when it gets into the esophagus.

So what we need to do first (although we will be doing it all at the same time) is resolve the retrograde flow of stomach contents into the esophagus, improve the barrier function of the LES so it lets the food into the stomach but not up the wrong way and how do we make sure the food moves efficiently through the esophagus and the stomach. Then we can fix the damage that is done in the esophagus.

Underlying all these conditions are inflammation, oxidation and metabolic issues including immune, hormone and nervous system dysfunction. That is why we emphasize the role of nutrient dense foods and supplementation in our programs, including high dose anti -inflammatory and antioxidant nutrition.

That is why we created the Complete Reflux Solution Program to deal with all the underlying causes, mechanisms and symptoms at the same time. This also why we have all our gut solution programs in our Membership  to fix all the gut and digestive issues.